Puerto Rico Statehood In The Age of Trump 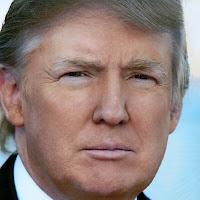 The cause of Puerto Rican statehood, already battered by the island's enormous
economic crisis, has run into a new obstacle: the election of Donald Trump as
President. While the President cannot change Puerto Rico's status on his own,
his election -- and the tenor of the political discourse under which he was elec-
ted -- has made the Republican-majority Congress more implicitly hostile to
Puerto Rico's statehood prospects. I believe Trump's rhetoric and actions have
set the tone that Congress will follow for at least the  next four years.

It is not a secret that President Trump is a xenophobe who has little regard for
Hispanics.That alone would prejudice him against supporting the admission of
three-plus million Spanish speakers into the Union. But besides that, his goal of
restoring America's economic might would steer him away from incorporating a
territory with tens of billions of dollars in crippling debt that, in his view and of
those like him, would contribute little to the federal treasury. But the biggest issue
here may be Trump's almost total ignorance regarding Puerto Rico, its history and
its issues. The President is a man famous for not reading and for losing his patien-
ce quickly. It is almost certain he has never taken an interest in the island, other
than whatever he needed to know to build his now  defunct Rio Grande golf club.
In his simple mind, Puerto Ricans are probably just welfare queens to be shoved
aside; after all, they're not "real Americans". I think that Trump's election put PR
ever closer to the unilateral granting of independence for the island, despite that
option finding next to no support among Puerto Ricans. He can't do it himself,
but he can certainly goad his Republican acolytes in Congress to do so.

The current government of Puerto Rico would do well do ask for very little from
thecurrent federal government. And it should certainly not even bring up the issue
of Puerto Rico's status or ask for Puerto Rican statehood. Because if they do, the
answer from the USA may very well be: "No. But thanks for reminding us that
you're still hanging around. Goodbye, you're free to go". This is why I think a st-
atus referendum in Puerto Rico right now is a ridiculous idea. As a supporter of
statehood, I fear that no good would come from poking that hornet's nest. The
best thing to do would be to keep our heads down, try to get our financial house
in some kind of order and just wait out the Trump storm. A better climate will
come.

The Time In Puerto Rico